The Office of the High Commissioner for Human rights and the United Nations Development Programme are pleased to announce the launch of the 6th Phase of the Assisting Communities Together (ACT) Project in Serbia.

The ACT Project supports financially – through grants – local human rights activities carried out by non-governmental organizations (NGOs) and other human rights actors among civil society. In order to create synergies with the World Programme for Human Rights Education (2005-ongoing), the sixth phase is particularly interested in supporting proposals focusing on human rights education in the primary and secondary school systems. Relevant activities may include, for instance, material development/translation; workshop/training courses for relevant authorities, teachers and other educational personnel; school competitions and debates; etc. Note that proposals covering human rights education initiatives in other sectors have been supported in previous phases and could be so also under the sixth phase.

UN Country Team in Serbia has established the ACT task force which will work on the selection of projects to be approved for funding. Please note that maximum three projects will be granted funds up to $5,000. proposed projects can last up to six months and will have to be implemented by June 2009.

ACT task force will pay special attention to the following aspects of the proposed activities: gender sensitiveness and responsiveness; addressing of the Roma rights issues; activities related to the 60th anniversary of the Universal Declaration of Human Rights and marking of the 2008 Human Rights Day.

All interested should submit their original project proposals on Human Rights Education by October 15th 2008.  One organization can submit ONE PROJECT PROPOSAL ONLY.  Application forms (enclosed) should be sent by post or by email address. Received applications or material will not be sent back. Inaccurately compiled applications will not be taken into consideration. Application form (OBLIGATORY) should be written in ENGLISH.

(for ACT Project) – NOT TO BE OPENED BY REGISTRY 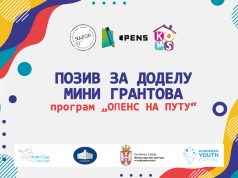 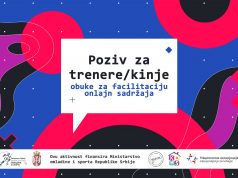 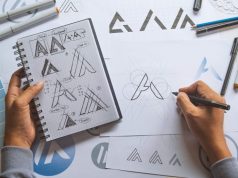