The conference aims to explore the changes in oppositional or
alternative political expression that have followed in the wake of the
end of the Cold War.

The particular focus will be on the changes that have come about as a
result of the revolution in communications technologies, which has
brought about new forms and modes of alternative expression, but also
new challenges to alternative politics. We will be considering the
role
played by the alternative press, gay and ethnic minority media,
community radio, citizens' political mobilization in e-mail and SMS,
blogging, and Indymedia.

Possible questions to be addressed:

* There are still authoritarian regimes which try to suppress freedom
of information and expression. What are the means used today to bypass
various forms of control? We might examine the use of both broadcast
media and news-based websites in Belarus, Ukraine, and the former
Yugoslavia, or the use of blogs as a means of personal expression in
Iran or Russia.

* Media in many parts of the world are also under growing restriction
not so much from the state, but rather from political parties
(populism) and pressure groups, and from market forces
(concentration).
Where can we see instances of alternative political expression that
work around these extra-governmental concerns? Are these the same or
different techniques used by those directly opposing government
authority?

* The study of samizdat often ignored those forms of samizdat that did
not contribute to the cause of developing civil society along the
democratic model endorsed by leading dissidents. Instances of
ultra-conservative, nationalist, and anti-semitic samizdat in Russia,
for example, remain underrepresented and under-explored in the
critical
literature about samizdat. How can we avoid making this same mistake
when transferring the discussion to today's media environment?

* The new media offer a powerful instrument against the pressures
listed above. At the same time they are themselves subject to control,
regulation and commercialization. How, for example, can we better
understand the combination of governmental, commercial, and cultural
restrictions that regulate political expression on the internet in
China?

Participants are encouraged as well to bring their own case studies
and
questions to the workshop, as it will ideally be shaped as much by
their specific interests as the issues outlined above.

The workshop is recommended to faculty with research and teaching
interests in communications studies, cultural studies, media and
multimedia studies, art theory and history, sociology, political
science and other areas of study dealing with contemporary forms of
political expression.

The workshop will be organized in the framework of the CEU CRC
session.
Participants from the CRC target region can apply for fellowships at
www.ceu.hu/crcby 7 January 2008 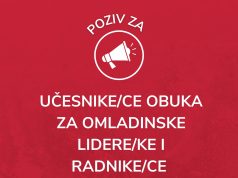 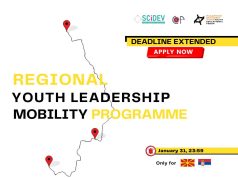 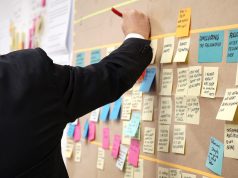