The implementation of the Project titled  Regional Euro Atlantic Camp   Together  –  ” REACT 2008” ALPHA Centre,  NGO, is intending to give its contribution to the education of citizens about the concept, importance and the advantages of the accession to the Partnership for Peace, as well as about the importance of  ex- Yugoslavian’s states membership of NATO.

This will be done through directly contact with the students, representatives of NGOs and representatives of governments from seven (six+Kosovo) ex Yugoslavia’s republics and Albania during a  16 lectures presented by an experts, professors and  competitive speakers.

The place of venue is small village Crkvicko Polje in Pluzine municipality            ( Northern Montenegro). The name of the camp where participants will be hosted,  is “Yugoslavia” which is one more symbol about integration of this region. Regarding the fact that all of the countries from ex Yugoslavia have an intention to join to NATO, this 16 lectures realized in five days (during the camp) will be improve their knowledge about new  NATO profile as political organization. The main goal is sharing this knowledge and experience in the their areas of working and living

Also, some of the sports and culture activities will raise strong connection with the same thinking young people all over the region.

Special focus will be paid to the comparative analysis and lessons learned from the region (especially with regards to the challenges Slovenia and Croatia experienced on their way to Euro-Atlantic integrations). The lectures  will be so conceived to try to breathe life into notions, standards and Euro-Atlantic and global processes that hardly ever been brought forward in an understandable and clear-cut way and from the angle of every day life. The discussion will expose to view real-life implications of the membership of the PfP and NATO (requirements to be met in the domains of legislation, military, ecology, local government reforms…).

a)     The role of the International community in the Balkans

f)       The role of the civil sector in Atlantic integrations

g)     Strenghening of the regional security

i)        Addressing conflicts through cooperation 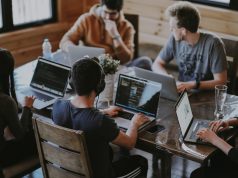 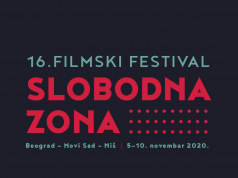