This program, entirely in English, involves studying one year at the Universidade Nova de Lisboa, and possibly completing the second year with a stay in one of the partner universities. After this, the student will obtain, together with the European degree, two Master of Science degrees: the Mestrado em Lógica Computacional degree from the Universidade Nova de Lisboa, with legal value in Portugal, and the respective Master of Science degree from the visited university, with legal value in its country.

There will be 12 consortium scholarships to waive the tuition fee of 3.000 € for students without a scholarship, on the basis of their academic merit.

Every year 10 EMCL students with European citizenship can visit Australia (Canberra, Sydney, Melbourne or Brisbane) up to 3 months to work on a research project, sponsored by the European Master. The study period in Australia is part of the study programme and it is fully recognised by the European Master's Program in Computational Logic. The guaranteed scholarship is of 3,100 € and it covers the travel and living expenses in Australia.

Check this web page for detailed info on applications: http://ssdi.di.fct.unl.pt/masters/mcl/content/prospective/how_to_apply.html

The European Masters Program in Computational Logic is designed to meet the demands of industry and research in this rapidly growing area. Based on a solid foundation in mathematical logic, theoretical computer science, artificial intelligence and declarative programming students will acquire in-depth knowledge necessary to specify, implement and run complex systems as well as to prove properties of these systems. In particular, the focus of instruction will be in deduction systems, knowledge representation and reasoning, artificial intelligence, formal specification and verification, syntax directed semantics, logic and automata theory, logic and computability. This basic knowledge is then applied to areas like logic and natural language processing, logic and the semantic web, bioinformatics, information systems and database technology, software and hardware verification. Students will acquire practical experience and will become familiar in the use of tools within these applications. In addition, students will be prepared for a future PhD, they will come in contact with the international research community and will be integrated into ongoing research projects. They will develop competence in foreign languages and international relationships, thereby improving their social skills.

Applicants should have a Bachelor degree (Bologna 1st cycle or equivalent) in Computer Science, Computer Engineering, Logic, or other relevant disciplines; special cases will be considered. The programme is part of the Master in Computational Logic (Mestrado em Lógica Computacional) and it has various strengths that make it unique amongst Portuguese and European universities:

* Curriculum taught entirely in English: The programme is open to the world and prepares the students to move on the international scene.
* Possibility of a strongly research-oriented curriculum.
* Possibility for project-based routes to obtain the degree and extensive lab facilities.
* International student community.
* Direct interaction with the local and international industry and research centres, with the possibility of practical and research internships that can lead to future employment.
* Excellent scholarship opportunities and student accommodations.

The European Masters Program in Computational Logic is one of the few European Masters awarded by the European Union's Erasmus Mundus programme from its first year of existence in 2004. The Erasmus Mundus programme is a co-operation and mobility programme in the field of higher education which promotes the European Union as a centre of excellence in learning around the world. It supports European top-quality Masters Courses and enhances the visibility and attractiveness of European higher education in third-countries. It also provides EU-funded scholarships for third-country nationals participating in these Masters Courses, as well as scholarships for EU-nationals studying in third-countries. 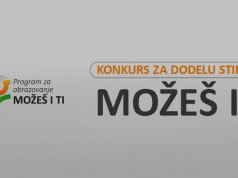 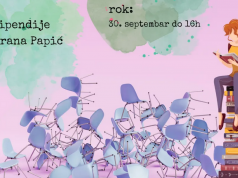